In the News
Previous Article
Next Article
15 July 2021

Teikametrics, an ecommerce optimization platform, today announced that it raised $40 million in a series B round led by Intel Capital, GoDaddy, Centana Growth Partners, Jump Capital, Granite Point Capital, and Lydia Jett, head of ecommerce at SoftBank Vision Fund. CEO Alasdair McLean-Foreman says that the proceeds will be put toward hiring software engineers, data scientists, and ecommerce experts in addition to sales and marketing support as Teikametrics’ platform scales up.

There’s been a surge in online sales during the pandemic. Both Amazon’s and Walmart’s marketplaces have expanded significantly in recent months, with Amazon Marketplace growing 60% in Q1 2021. Walmart Marketplace also grew to an estimated 70,000 sellers in 2020, and it’s expected to post 146% growth by the end of 2022.

McLean-Foreman founded Teikametrics in 2015, after starting an ecommerce business from his Harvard dorm room back in 2001. He claims to be one of the first Amazon third-party sellers who achieved over $1 million in sales on the platform.

“The vision for the Teikametrics was combining data, AI, and expertise, drawing from [my] own tried-and-true experience running a successful Amazon business,” McLean-Foreman told VentureBeat via email.

Teikametrics, which competes with Sellics, Quartile, Pacvue, and Tinuiti, recently improved its engine with a methodology that accounts for variances like seasonality, day-of-week changes, and other factors that play into Amazon strategies. It improves sellers’ ability to monitor and react to seasonal trends as they happen, McLean-Foreman claims, helping them capture more profitable sales when the time is right. 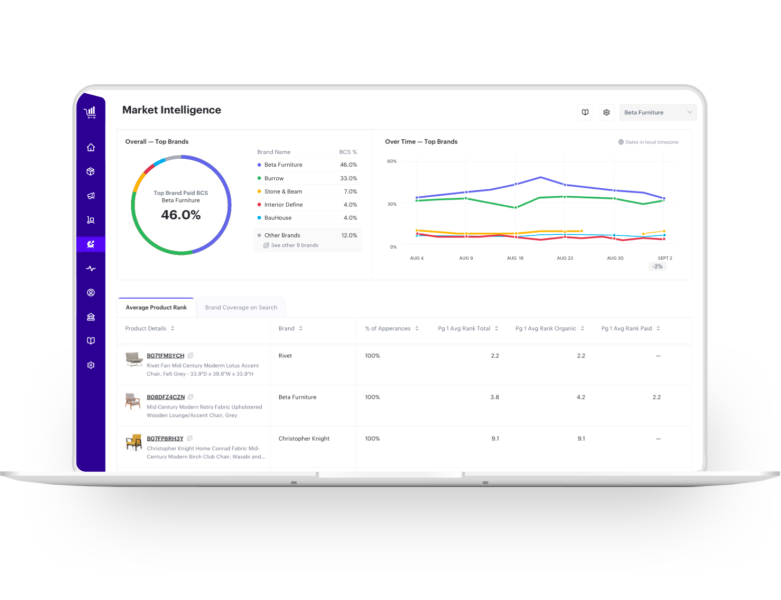 Teikametrics’ more than 2,500 customers include Timberland, NutriBullet, Munchkin, and Clarks. In NutriBullet’s case, McLean-Foreman says that the platform led to a 24.9% increase in sales and a 15.1% reduction in ad spend.

“Thanks to the ecommerce boom during the pandemic, [our] growth has skyrocketed during the last year, with our business on the Walmart marketplace alone having grown more than 900% in the past 12 months,” McLean-Foreman said.

Teikametrics has raised $65 million in venture capital to date. Previously, the startup raked in $15 million in a February 2020 round led by Jump Capital.