In the News
Previous Article
Next Article
08 July 2022

PE News: VCs begin to pause investments as they prepare for downturn

After a record-busting spending spree in 2021, VC houses are slowing the pace of their investments and cutting costs at portfolio companies as clouds gather over the global economy.

“Now it’s a case of pausing and taking stock of what’s happening, and waiting to see what the next couple of months bring, because there will absolutely be more of a valuation reset in the space,” says Rosie Wardle, partner and co-founder of Synthesis Capital, which recently launched a $300m fund to support food tech startups.

She tells Private Equity News: “A lot of capital has come from non-specialised investors who were chasing the next Beyond Meat, investing in companies that we don’t think really have protectable value in the long term. We were getting these unrealistic valuations starting to appear.” For investors that piled in at the top of the market, last year’s spending spree could come at a cost. Wardle adds: “There’s been a lot of rapid deployment. Some funds are in less good timing positions in that they’ve deployed their whole funds over 2020/2021, so they’ll be in a tricky position.” Sam Thompson, founding partner of US-based, early-stage investment firm Progress Ventures, agrees: “There’s been a lot of West Coast style shooting for the moon and going after big opportunities with a big valuation”.

Thompson says that consumer platforms are likely to be among the hardest hit as valuations cool and macroeconomic conditions worsen. For instance, so-called pandemic stocks, ranging from video conference service Zoom to at-home gym equipment business Peleton, have suffered sharp falls in their share price recently as lockdown restrictions ease and economies open up again. The sell- off has left VC investors wondering whether other VC-backed consumer platform companies could also see their values plunge.

“People are coming out and doing things differently than they did during Covid, and that will be a huge drawdown on the growth of those businesses. It’s not to say they won’t persist, but I think we’ll see valuations pull back significantly because of the change in consumer behaviour,” says Thompson.

Amid cooling investor sentiment, Thompson adds that some companies have already set higher revenue targets for themselves before seeking to raise more money from VC firms: “We had one company that was thinking by the time it got to $7/8m in revenue it would be time to raise, but now they’re saying they will wait until they get $10m.”

In a May report, Pitchbook analysts noted: “VC is facing the onslaught of economic headwinds that are plaguing every other market, and for many reasons, this feels like a true market shift. Startup valuations should come down, and deal sizes will likely retreat from the highs of the past couple years.”

Signs of a slowdown have already emerged in the data. In the first three months of this year, investors committed $144bn to startups globally, down 19% from the previous quarter, marking the biggest percentage decline since the third quarter of 2012, according to analytics firm CB Insights.

Deal volume also slid quarter- on-quarter by 5%. However, Pitchbook said that the venture market has “a new insulator” that it has not had in past downturns: dry powder. There is over $230bn ready to deploy from US VCs alone, giving hope that the spending spree will still continue.

Tom Bradley, partner at London-based tech investor Hambro Perks, says that while dealmaking slowed down “across the board” during the first quarter of this year, it is the late-stage part of the VC market which has seen the biggest drop-off in activity. One VC investor, who wished to remain anonymous, said that late-stage investing had largely slowed down due to investors at that level being more exposed to the public equity sell off. “If you look at Series C onwards, because leads for those rounds probably have more public markets exposure, they’re feeling the pain on that side and so they’re cutting back and renegotiating valuations based on that,” said the investor. Bradley adds that some VC firms have already started to slash costs at portfolio companies as the economic challenges bite. “Some companies and portfolios will be removing headcount, some will be freezing hiring. Generally, the larger the headcount, the more likely they are to be shedding people. 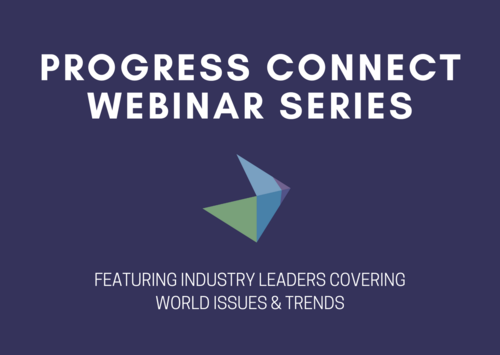